The Sons of the American Revolution is a historical, educational and patriotic non-profit, United States 501 (c) 3 corporation that seeks to maintain and extend (1) the institution of American freedom, (2) an appreciation for true patriotism, (3) a respect for our national symbols, (4) the value of American citizenship, and (5) the unifying force of e pluribus unam that has created, from the people of many nations, one nation, and one people. 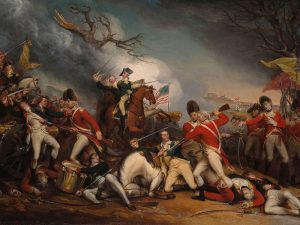 We do this by perpetuating the stories of patriotism, courage, sacrifice, tragedy, and triumph of the men who achieved the independence of the American people in the belief that these stories are universal ones of man’s eternal struggle against tyranny, relevant to all time, and will inspire and strengthen each succeeding generation as it too is called upon to defend our freedom on the battlefield and in our public institutions.

Home Newsletter About us